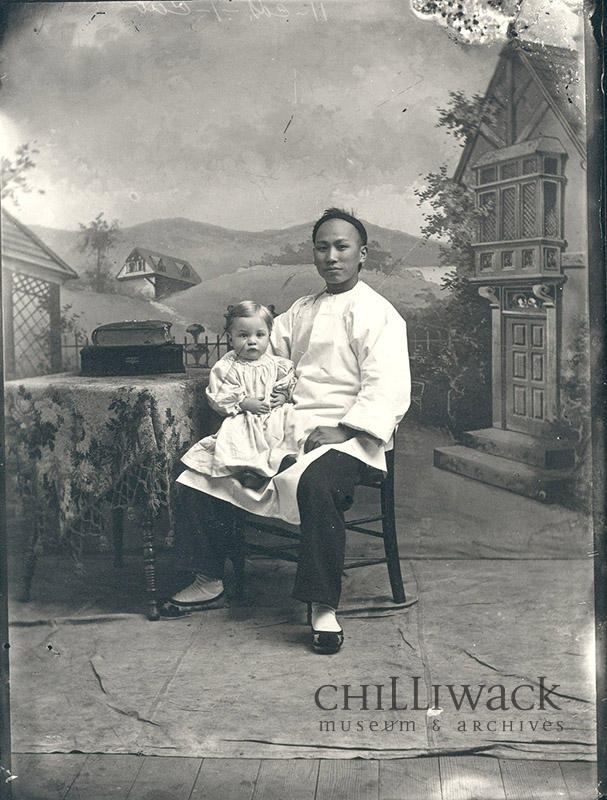 Photograph consists of an unnamed Chinese domestic worker from the household of Lister Smith holding Lister's young son William Smith on his knee.