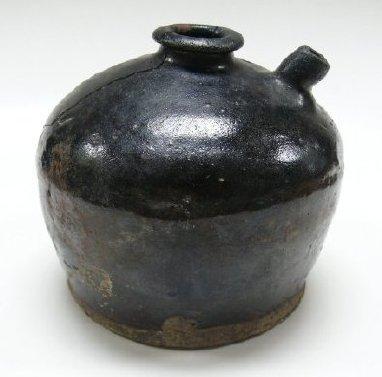 Original museum documentation states: Found in old building in Chilliwack; Chinese wine jar. According to note found inside jar this is a soy sauce container with pouring spout.

From Fort Steele Heritage Website: Soya Sauce Jug "A staple of the Chinese diet, soya sauce was an important export brought in by the Chinese merchants of Victoria, Vancouver and San Francisco. The soya sauce would have been shipped in this jar and then dispersed from the same container. Shards of jars similar to this one can be found in almost any site of Chinese occupation in the world.