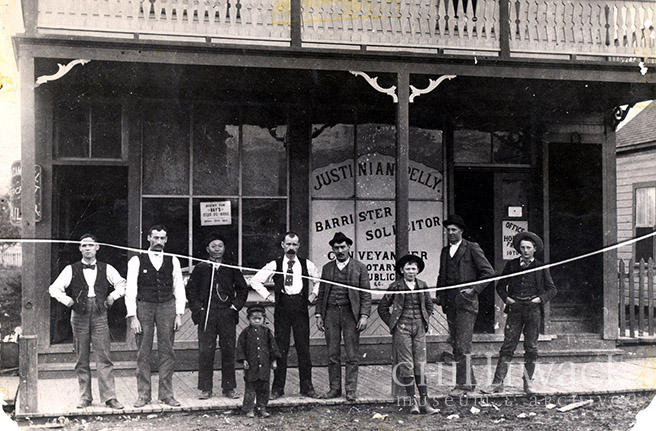 According to British Columbia Biographical, Vol.III, P665, Justinian Pelly, a prominent barrister of Chilliwack, well known in public affairs of this section of the province, was born in Essex, England, May 21, 1864, and is the son of Justinian and Fanny (Ingleby) Pelly. He came to British Columbia in 1882. Here he studied law and in 1893 was called to the bar of the province. In the same year he opened up offices in Chilliwack and here he has since practiced... He has attained a position of eminence in his chosen profession and has important public connections along this line, serving at present as stipendiary magistrate, coroner, deputy mining recorder, judge of the small debtor's court, clerk of the Dyke tax and registrar of the county court.