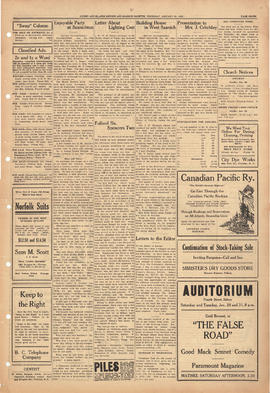 Sidney and Islands Review, 26 January 1922, Page 7. "A Chinaman employed at the Sidney Mills had the misfortune to break an arm yesterday afternoon. Medical attention was given immediately and he is progressing favorably." 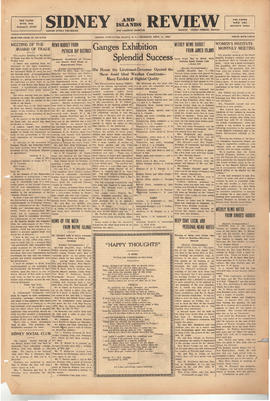 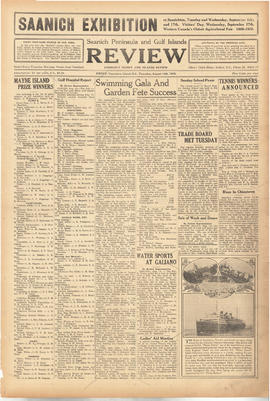 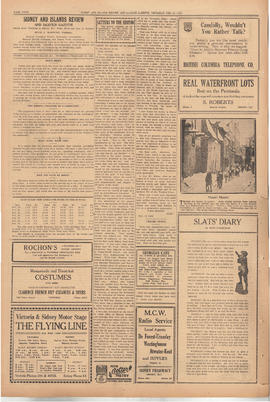 Sidney and Islands Review, 19 February 1925, Page 4. "Vision of Sidney In 10 Years" .... "One of my greatest surprises was to find that Chinatown had disappeared, and that no Orientals of any race was employed in Sidney or on any... 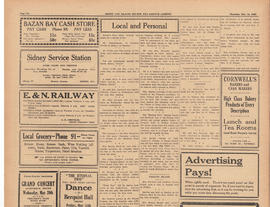 Sidney and Islands Review, 14 May 1925, Page 6. "Our former 'Gardner' Yuen (Chinaman), who has been to China for two years, has returned and will continue his garden work." 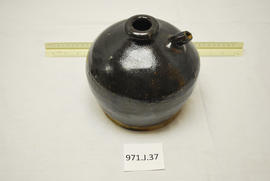 Large wooden bowl made from one solid piece of wood - wood unknown, very dark inside, posssibly stained or darkened by use. Probably hand turned. Slightly oval in shape. Recorded as "used for bean sprouting by Chinese". Diameter approx. ...

Basket, probably oriental design with rectangular base, flared sides and almost circular top. Woven of very fine bamboo or cane, wrapped top edge in a material of a lighter color.

Wooden drum made of unknown wood, pale gold in colur. Drum is hollow inside, but the wooden walls are quite thick. Chinese characters in black on side of drum. Recorded information "Found in verge of Canora Rd. Characters read--"New Chin... 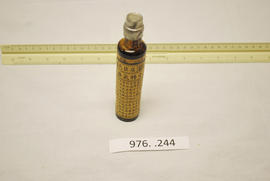 Clear, glass bottle, circular base. Still contains some of original contents which are dark brown, and a dark brown residue covers the inside of the bottle. Paper labels on outside with Chinese characters on them. Bottle has seam lines down sides ...

Stoneware/pottery ginger jar, hexagonal shape, raised floral motifs on sides under green glaze. Open bamboo lacing surrounding jar, and handles attached to casing to carry pot. Seal on top of pot appears to have been cut around but possibly never ... 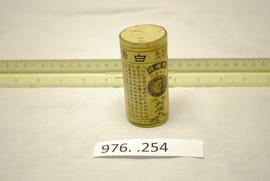 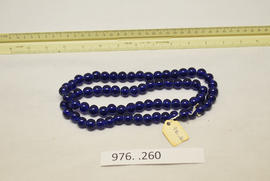 Rectangular basket with cover in the form of another similar basket which covers it completely. Woven in this shape with a support provided only by a thick rim indicating that the basket was probably steamed or shaped over a form to obtain the rec...

Dark green bottle with Chinese writing around middle. Bottle is opaque, with B in circle on bottom. Some staining inside. Appears to be machine made. 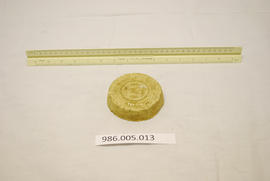 Shallow dish (lid) made of tan-coloured clay, probably Chinese. Circular in shape, has a flat bottom and flat brim around edge. Edges are a bit rough. There is a design on the bottom [top?] of a circle inside which are five oval shapes. 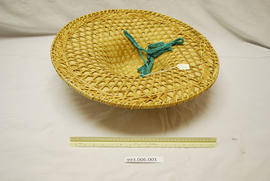 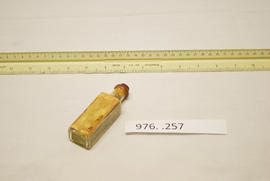 Clear glass bottle, rectangular base, flat sides. Some bubbles visible in the glass. Cork in mouth sealed in position with reddish wax. Paper label printed in red on front has chinese characters down it. Chinese characters in raised glass on back.... 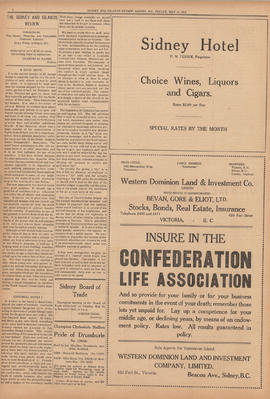 Sidney and Islands Review, “Editorial Notes”, 16 May 1913, Page 4. “We have no doubt that we shall presently see much improvement in passenger transportation facilities to Victoria. One of the most urgently required betterments is more accommod... 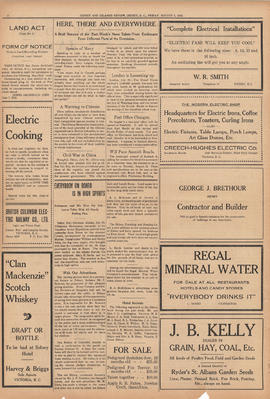 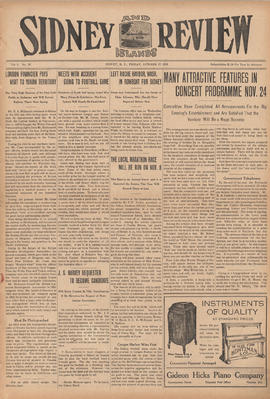 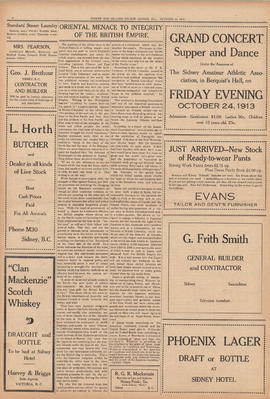 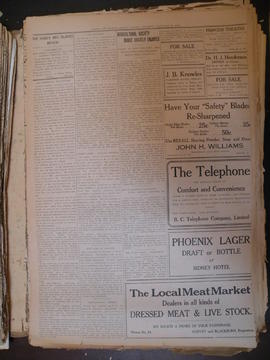 Sidney and Islands Review, '“For Mothers”, 11 February 1915, Page 3. “For Mothers Not having a special department for mothers the editor is compelled to put in the general columns this bit of exclusive information which came to him unexpecte...