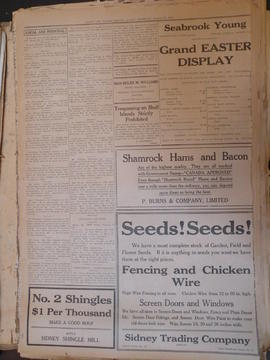 Sidney and Islands Review, 25 March 1915, p. 4. “Mr. Vany Shu Wen, Chinese Consul-General for Canada, who is on the Coast on a visit from Ottawa, made a flying trip to Sidney on Wednesday. The distinguished visitor, who motored out from Victoria... 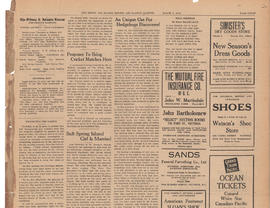 Sidney and Islands Review, 6 March 1919, Page 3. "The Sidney Mills, Limited, no doubt did much to establish the reputation of Sidney as a centre of industry by the erection of its huge new tile chimney, but the latest monument to attest the ... 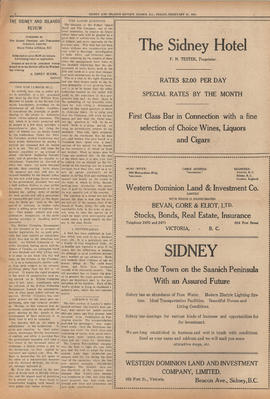 Sidney and Islands Review, "The Labor Question", 20 February 1914, Page 4. "The Labor Question The decision of the Sidney Island Brick and Tile Company, one of our local industries, to employ in future white labor only will be gre... 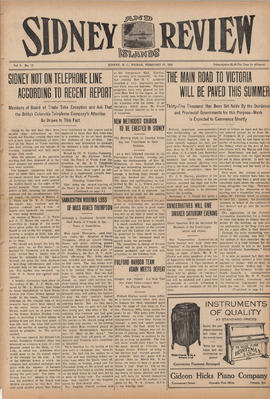 Sidney and Islands Review, 27 February 1914, Page 1. "While blasting for the paving of the new road a Chinaman was recently killed. He had run for shelter to a fir tree and was standing behind another man when the blasts went off. The latt... 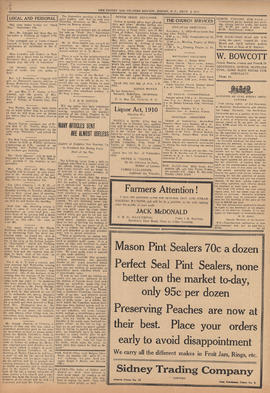 Sidney and Islands Review, 2 September 1915, Page 4. "There is now in the neighborhood of 350 white men and about 50 Chinamen employed on the works at James Island. The contractors are certainly rushing things over there and are working day... 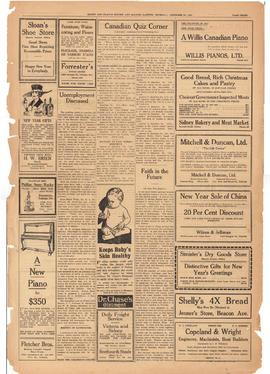 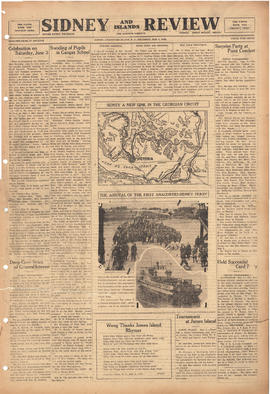 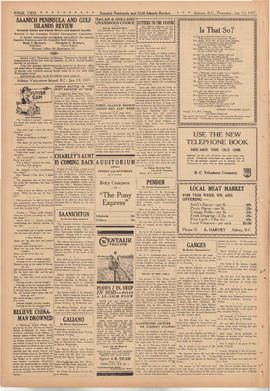 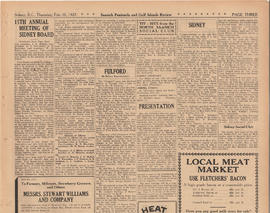 Sidney and Islands Review, 10 February 1927, Page 3. "The Chinese New Year celebrations went off with a bang locally. The fireworks display in Chinatown on Tuesday evening were quite spectacular." 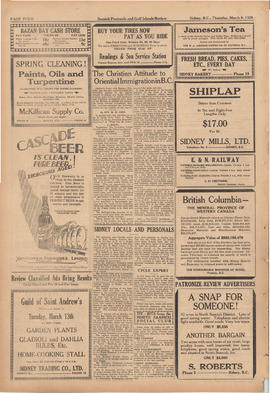 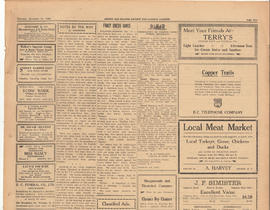 Sidney and Islands Review, 10 December 1925, Page 5. "Notes By The Way by OBSERVER An anti-Oriental society in Victoria is advocating the return to all Chinese who desire to return to China all their head-tax. This has been advocated befor... 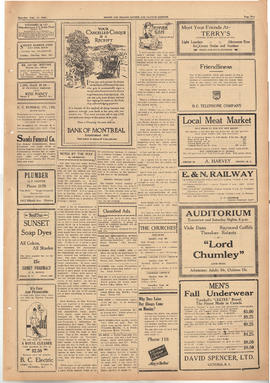 Sidney and Islands Review, 17 September 1925, Page 5. "While many of our residents have been telling one another how good a place North Saanich would be for the greenhouse business, it remains for a Chinese Company to invest the money and bu... 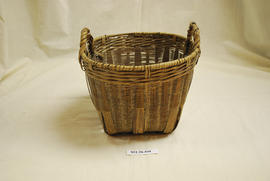 Chinese basket with rectangular base, sides flare outward to an almost circular top. Top is open. Bamboo construction with base and ribs of thicker bamboo. Top rim is reinforced with four rows of thicker bamboo, body of basket is woven or narrow b...

Wooden Chinese carrying pole with metal strips each side (nailed in) to hold straps in place. Slightly shaped. Long thin slightly flattened pole with flatter ends. About 8" from end of poles there are (at each end) two leather strips about on... 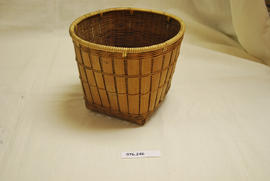 Basket with rectangular base and circular top. Recorded information "Chinese Basket. Made of Bamboo and cane". Top rim is wrapped with lighter coloured material--probably bamboo. Base is woven in a rectangular shape with a reinforcement ... 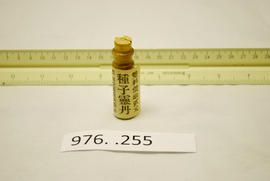 Clear glass bottle, circular base sealed with cork and wax at mouth. Contains a fine powder of brown-cinnamon colour. Paper label printed with Chinese characters on side. 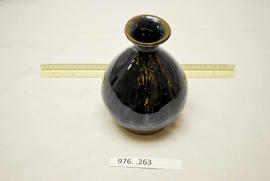 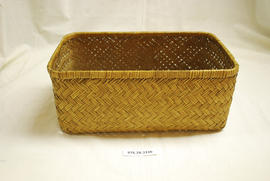 Rectangular basket with cover in the form of another similar basket which covers it completely. Woven in this shape, with a support provided only by a thick rim indicating that probably the basket was steamed or shaped over a form to obtain the re...

Pair of chopsticks. Top end is square with right angle corners slightly rounded off, bottom end is rounded off completely. 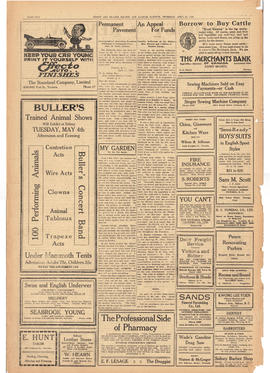