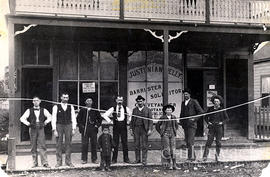 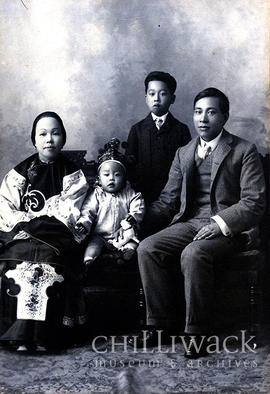 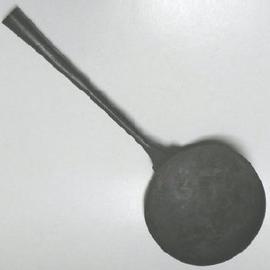 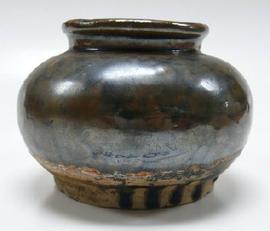 CM 2277 Ginger Jar Shiny glaze on jar is brown and blue; wide-mouth with hole in center of base; unglazed base with sections of running glaze; Chinese origin. 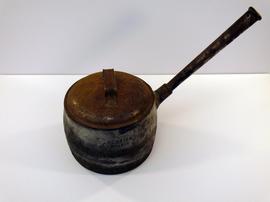 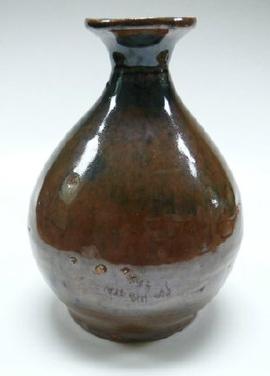 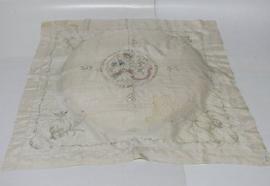 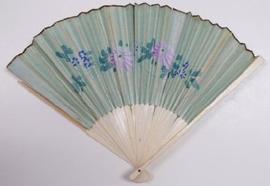 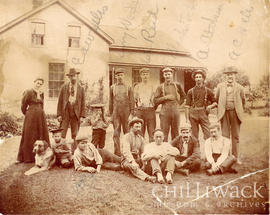