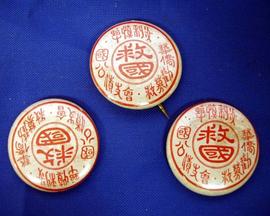 Chinese union button. White with red text and a metal pin on verso. 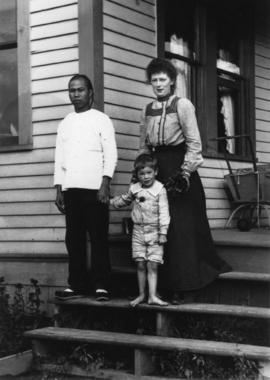 A black and white copy print of Evelyn and Teddy Applewhaite with their Houseboy standing on the stairs of a porch. 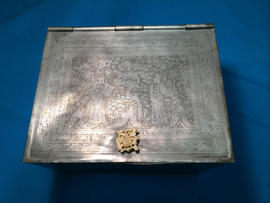 A sixteen gauge metal box engraved with a hinged lid and a carved ivory handle. The engraving is detail of two bearded men of Chinese descent in a garden surrounded by an elaborate border. 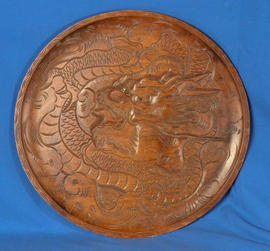 A circular wood carved relief of a dragon. 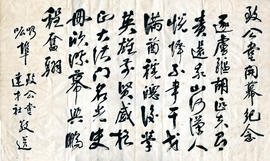 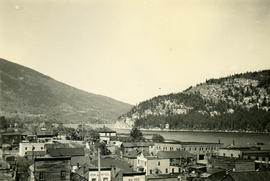 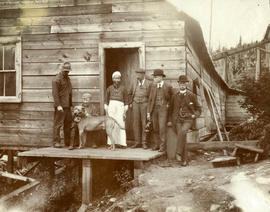 Photograph - Cabin at Silver King Mine 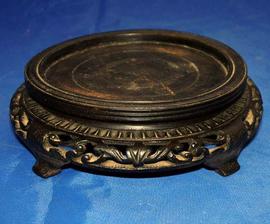 Circular dark-brown wooden stand with four short legs and raised lip. The base is carved with an open scroll pattern. 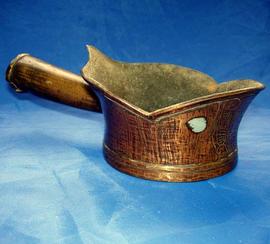 Bronze Chinese cooking pot with hollow handle and flat, smooth bottom. The edges of the pot are scalloped coming to a point at the handle end. 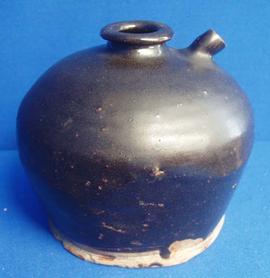 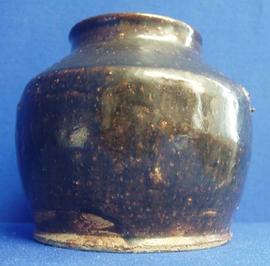 A rounded dark brown ceramic jar with a wide mouth. 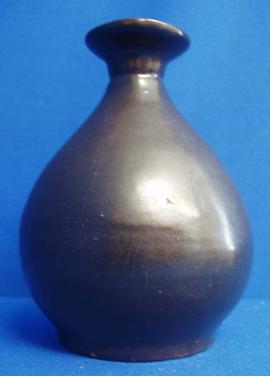 A rounded dark brown ceramic wine jug that narrows at the neck. 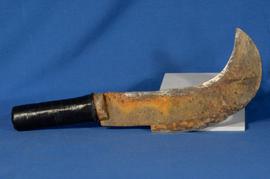 A forged double edged j-shaped metal blade attached to a straight, wooden handle that has been wrapped in electrical tape. 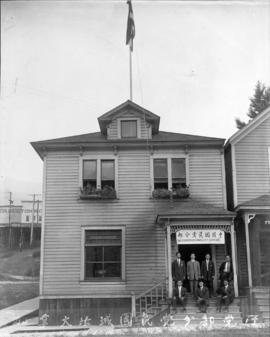 A black and white photograph of the Chinese Nationalist building located at 524 Lake Street in Nelson, B.C. shows seven men posing on the porch and Chinese written in ink along the bottom. 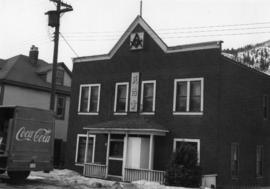 A black and white photograph of the Chinese Masonic Hall located at 605 Lake Street, in a photograph album containing images of buildings and bridges. 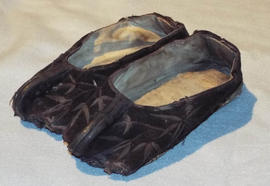 Dark brown velvety men's slipper-like shoes with embroidered brown bamboo shoots on the surface. At the toe there is a band up the center to produce a reinforced upturned false toe. 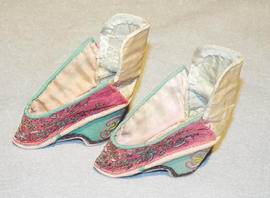 Pair of bound foot shoes with slightly raised heels, rounded toes, and elongated, rectangular tabs at the back of the heel. Uppers are green and pink, and detailed with pink, yellow, and purple silk embroidery. 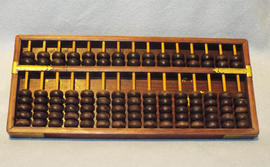 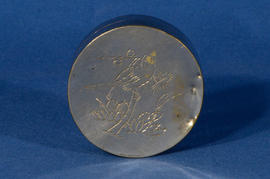 Silver coloured metal inkpad with lid. An image of bird is engraved on top of the lid and the makers mark is on the bottom. 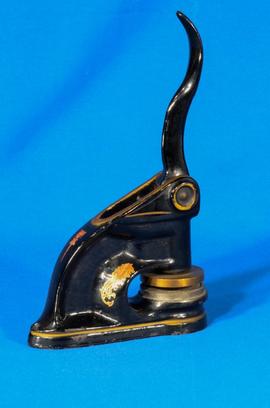 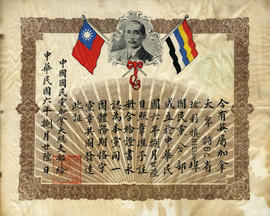 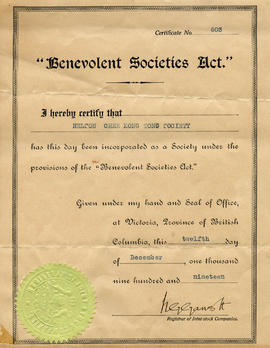 An off white paper certificate of the "Benevolent Societies Act" from the British Columbia Registrar of Joint Companies to certify the incorporation of the Nelson Chee Tong Kong Society on December 12, 1919.

A black and white photograph of the members of the Nelson Chinese Nationalist League. At the top is a portrait of Dr. Sun Yat-sen in uniform flanked on either side by the Chinese Nationalist and the Republic of China flags. Below him are portraits... 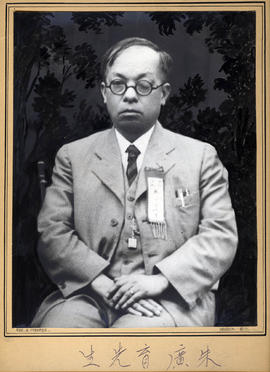 A portrait of a seated man taken by photographer George Meeres in Nelson.