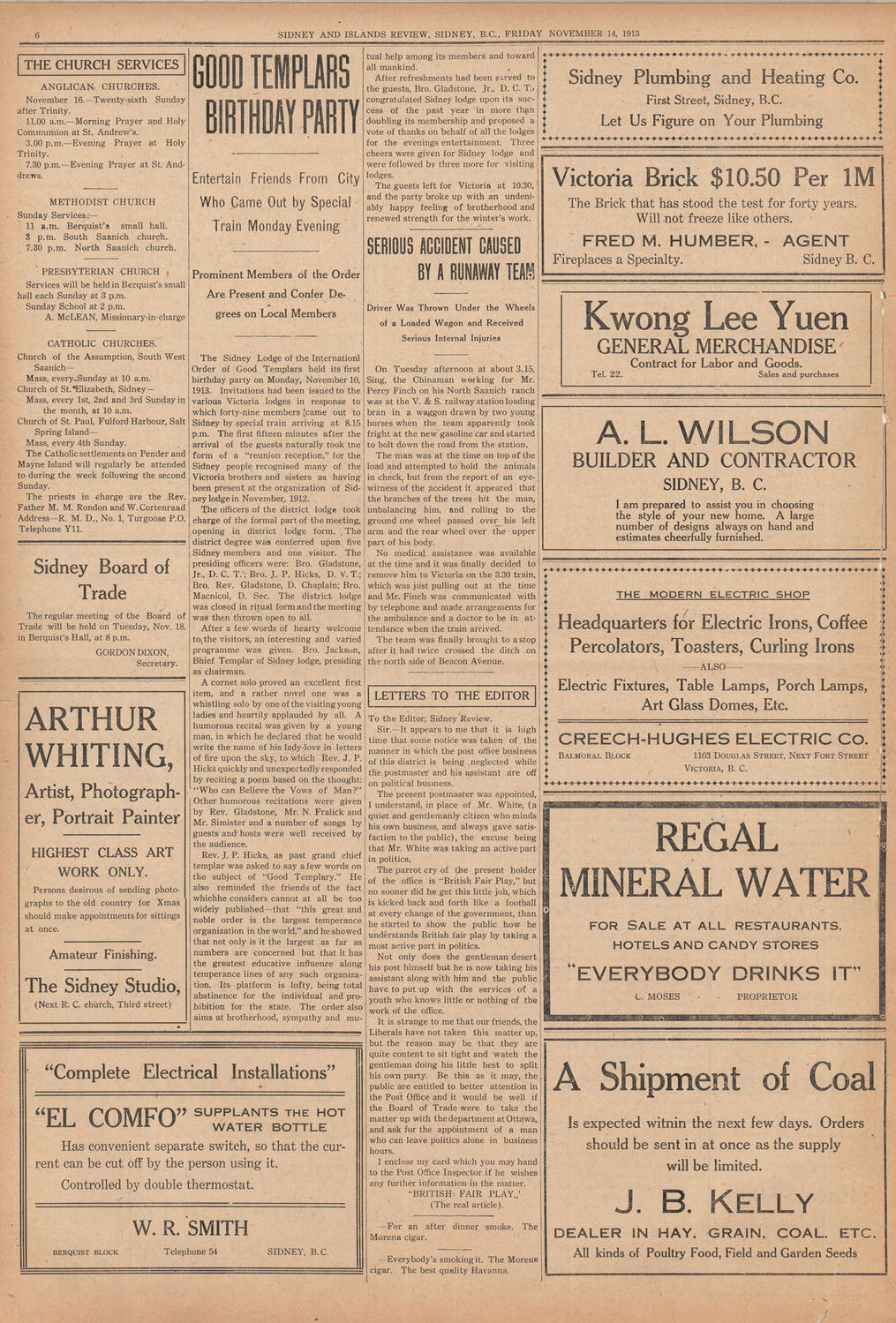 “Serious Accident Caused By A Runaway Team – Driver Was Thrown Under the Wheels of a Loaded Wagon and Received Serious Internal Injuries. – On Tuesday afternoon at about 3.15, Sing, the Chinaman working for Mer. Percy Finch on his North Saanich ranch was at the V. & S. railway station loading bran in a waggon drawn by two young horses when the team apparently took fright at the new gasoline car and started to bolt down the road from the station.
The man was at the time on top of the load and attempted to hold the animals in check, but from the report of an eye-witness of the accident it appeared that the branches of the trees hit the man, unbalancing him, and rolling to the ground one wheel passed over his left arm and the rear wheel over the upper part of his body.
No medical assistance was available at the time and it was finally decided to remove him to Victoria on the 3.30 train, which was just pulling out at the time and Mr. Finch was communicated with by telephone and made arrangements for the ambulance and a doctor to be in attendance when the train arrived.
The team was finally brought to a stop after it had twice crossed the ditch on the north side of Beacon Avenue.”