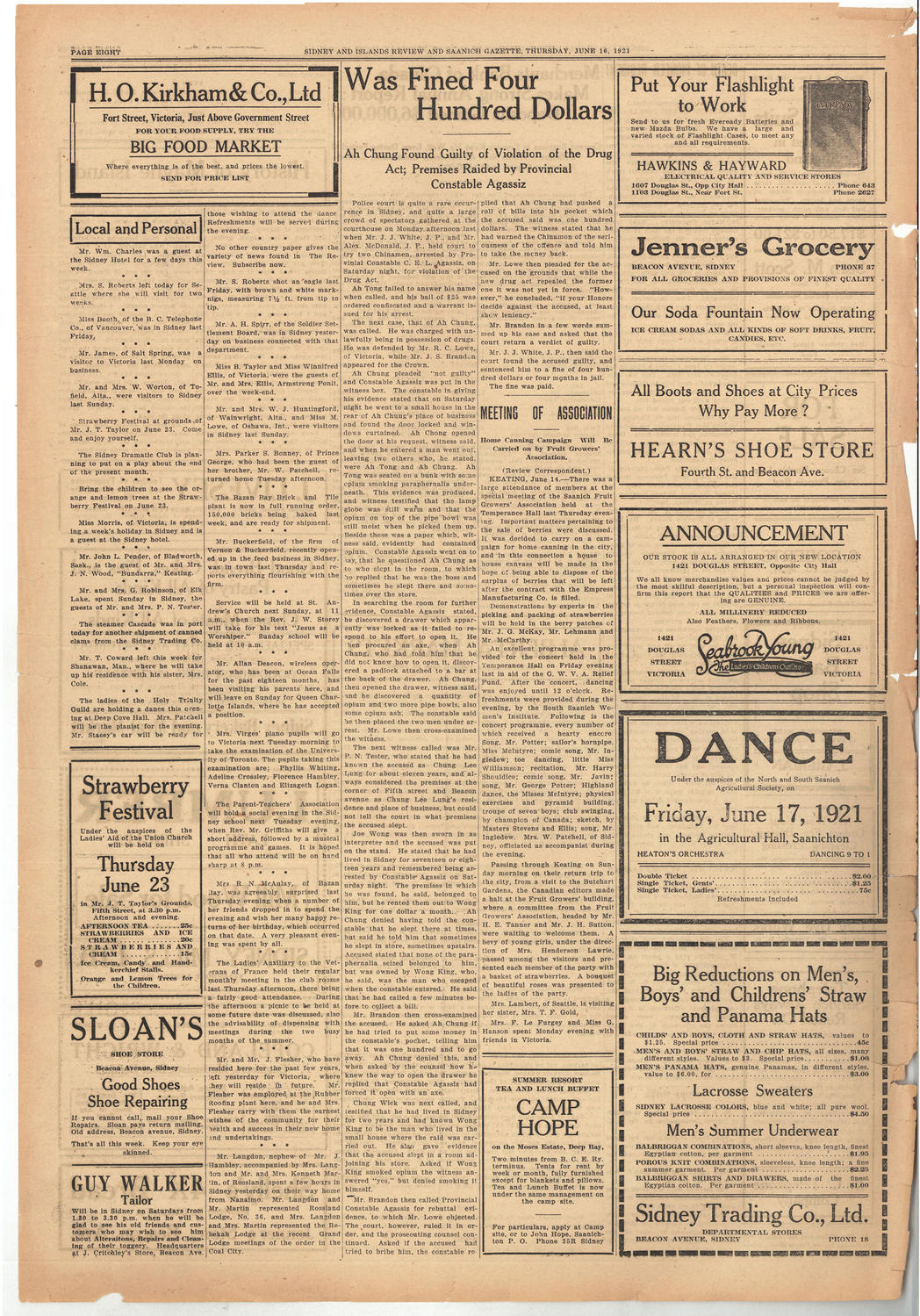 “Was Fined Four Hundred Dollars – Ah Chung Found Guilty of Violation of the Drug Act; Premises Raided by Provincial Constable Agassiz. -- Police court is quite a rare occurrence in Sidney, and quite a large crowd of spectators gathered at the courthouse on Monday afternoon last when Mr. J. J. White, J.P., and Mr. Alex McDonald, J.P., held court to try two Chinamen, arrested by Provincial Constable C. E. L. Agassiz, on Saturday night, for violation of the Drug Act.
Ah Tong failed to answer his name when called, and his bail of $25 was ordered confiscated and a warrant issued for his arrest.
The next case, that of Ah Chung, was called. He was charged with unlawfully being in possession of drugs. He was defended by Mr. R. C. Lowe, of Victoria, while Mr. J. S. Brandon appeared for the Crown.
Ah Chung pleaded ‘not guilty’ and Constable Agrassiz was put in the witness box. The constable in giving his evidence stated that on Saturday night he went to a small house in the rear of Ah Chung’s place of business and found the door locked and windows curtained. Ah Chong opened the door at his request, witness said, and when he entered a man went out, leaving two others who, he stated, were Ah Tong and Ah Chung. Ah Tong was seated on a bunk with some opium smoking paraphernalia underneath. This evidence was produced, and witness testified that the lamp globe was still warm and that opium on top of the pipe bowl was still moist when he picked them up. Besides these was a paper which, witness said, evidently had contained opium. Constable Agassiz went on to say, that he questioned Ah Chung as to who slept in the room, to which he replied that he was the boss and sometimes he slept there and sometimes over the store.