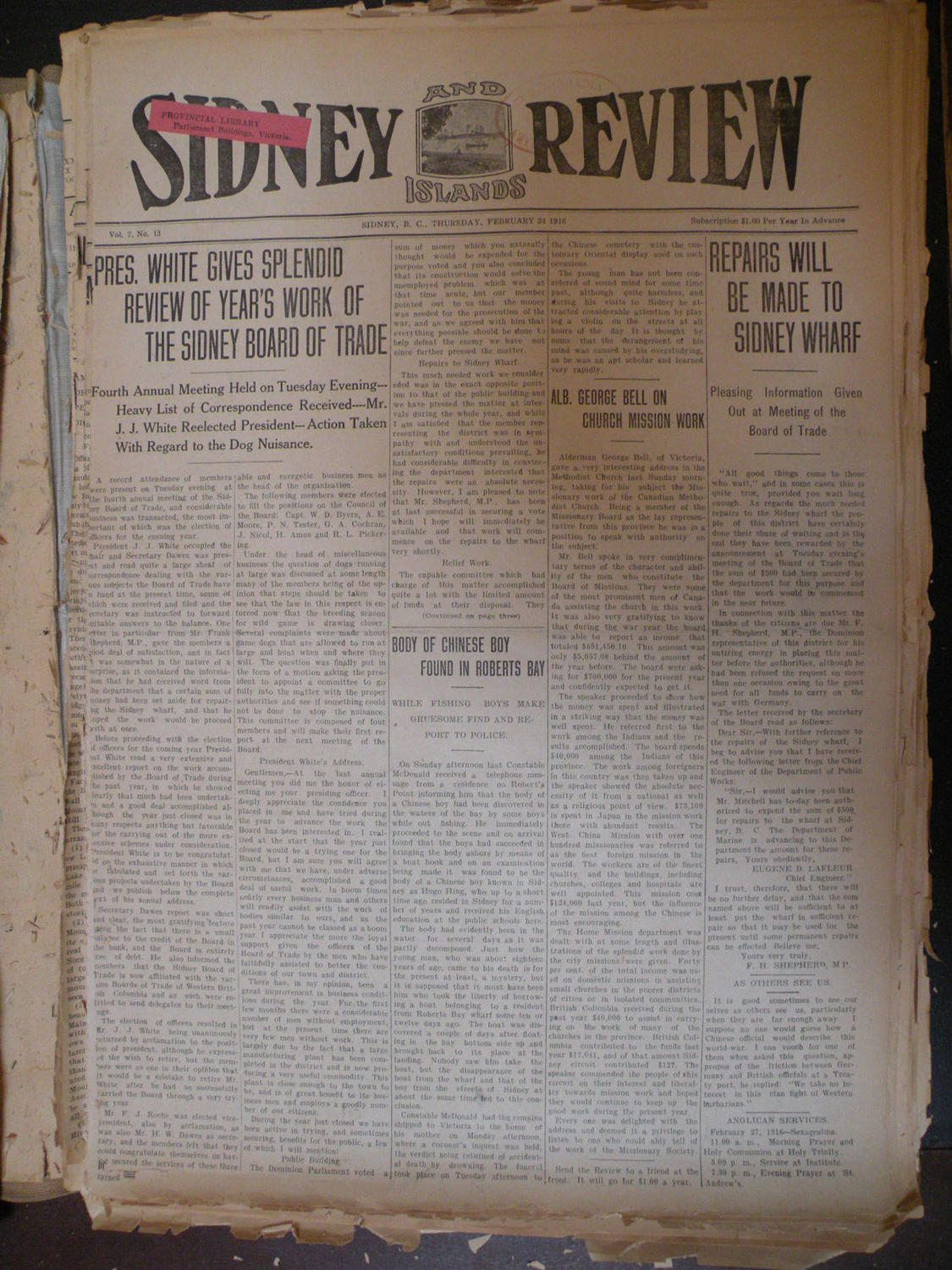 Body of Chinese Boy Found In Roberts Bay – While Fishing Boys Make Gruesome Find and Report to Police.
On Sunday afternoon last Constable McDonald received a telephone message from a residence on Robert’s Point informing him that the body of a Chinese boy had been discovered in the waters of the bay by some boys while out fishing. He immediately proceeded to the scene and on arrival found that the boys had succeeded in bringing the body ashore by means of a boat hook and on an examination being made it was found to be the body of a Chinese boy known in Sidney as Hugo Hing, who up to a short time ago resided in Sidney for a number of years and received his English education at the public schools here.
The body had evidently been in the water for several days as it was partly decomposed. Just how the young man, who was about eighteen years of age, came to his death is for the present at least, a mystery, but it is supposed that it must have been him who took the liberty of borrowing a boat belonging to a resident from Roberts Bay wharf some ten or twelve days ago. The boat was discovered a couple of days after floating in the bay bottom side up and brought back to its place at the landing. Nobody saw him take the boat, but the disappearance of the boat from the wharf and that of the boy from the streets of Sidney at about the same time led to this conclusion.
Constable McDonald had the remains shipped to Victoria to the home of his mother on Monday afternoon, where a coroner’s inquest was held, the verdict being returned of accidental death by drowning. The funeral took place on Tuesday afternoon to the Chinese cemetery with the coustomary Oriental display used on such occasions.
The young man has not been considered of sound mind for some time past, although quite harmless, and during his visits to Sidney he attracted considerable attention by playing a violin on the streets at all hours of the day. It is thought by some that the derangement of his mind was caused by his overstudying, as he was an apt scholar and learned very rapidly.