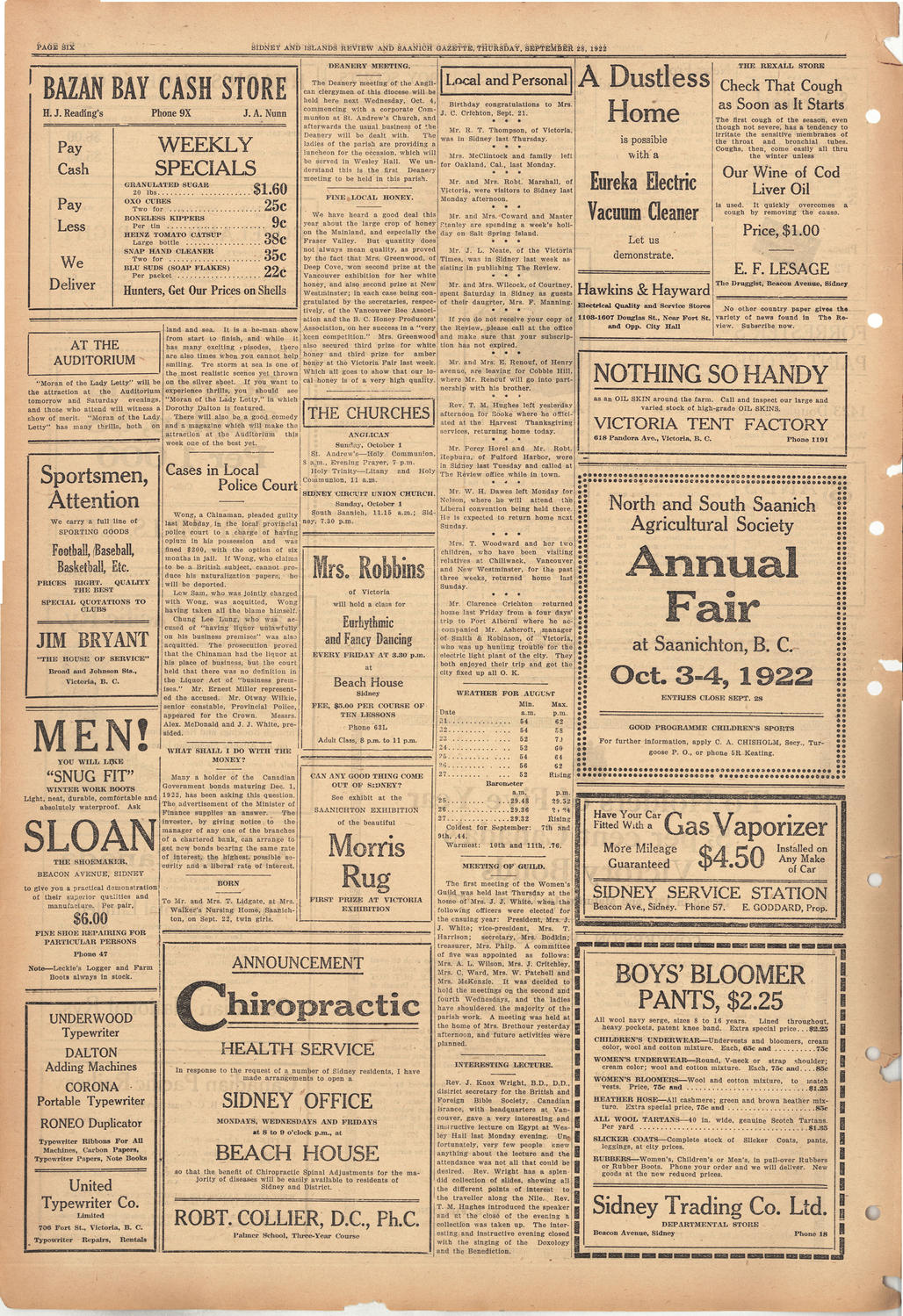 Cases in Local Police Court
Wong, a Chinaman, pleaded guilty last Monday, in the local provincial police court to a charge of having opium in his possession and was fined $200, with the option of six months in jail. If Wong, who claims to be a British subject, cannot produce his naturalization papers, he will be deported.
Lew Sam, who was jointly charged with Wong, was acquitted, Wong having taken all the blame himself.
Chung Lee Lung, who was accused of “having liquor unlawfully on his business premises” was also acquitted. The prosecution proved that the Chinaman had the liquor at his place of business, but the court held that there was no definition in the Liquor Act of “business premises.” Mr. Ernest Miller represented the accused. Mr. Otway Wilkie, senior constable, Provincial Police, appeared for the Crown. Messrs. Alex McDonald and J. J. White, presided.