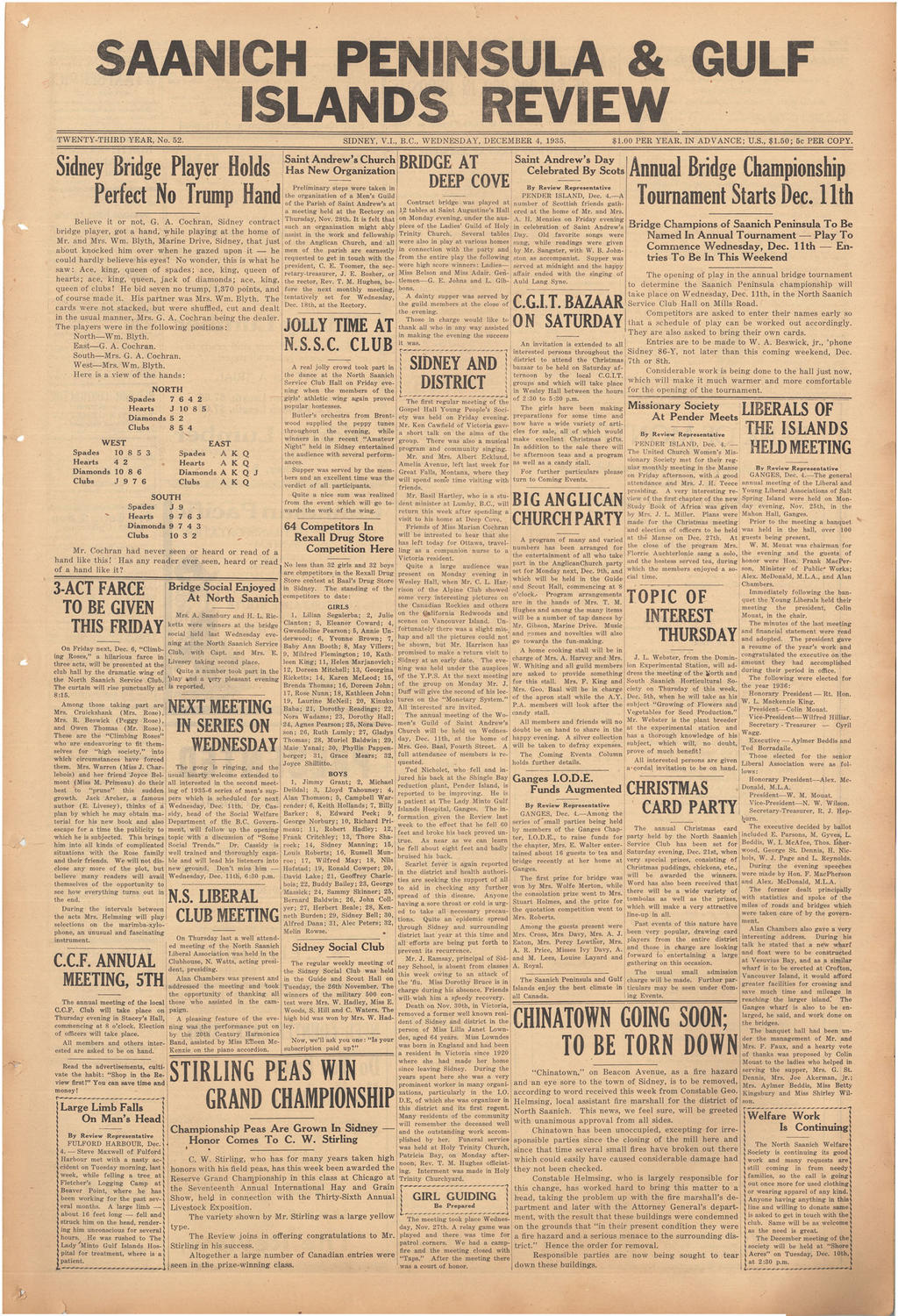 Newspaper Article - 4 December 1935 - Chinatown to be torn down

“Chinatown Going Soon; To Be Torn Down – ‘Chinatown,’ on Beacon Avenue, as a fire hazard and an eye sore to the town of Sidney, is to be removed, according to word received this week from Constable Geo. Helmsing, local assistant fire marshall for the district of North Saanich. This news, we feel sure, will be greeted with unanimous approval from all sides.
Chinatown has been unoccupied, excepting for irresponsible parties since the closing of the mill here and since that time several small fires have broken out there which could easily have caused considerable damage had they not been checked.
Constable Helmsing, who is largely responsible for this change, has worked hard to bring the matter to a head, taking the problem up with the fire marshall’s department and later with the Attorney General’s department, with the result that these buildings were condemned on the grounds that ‘in their present condition they were a fire hazard and a serious menace to the surrounding district.’ Hence the order for removal.
Responsible parties are now being sought to tear down these buildings.”