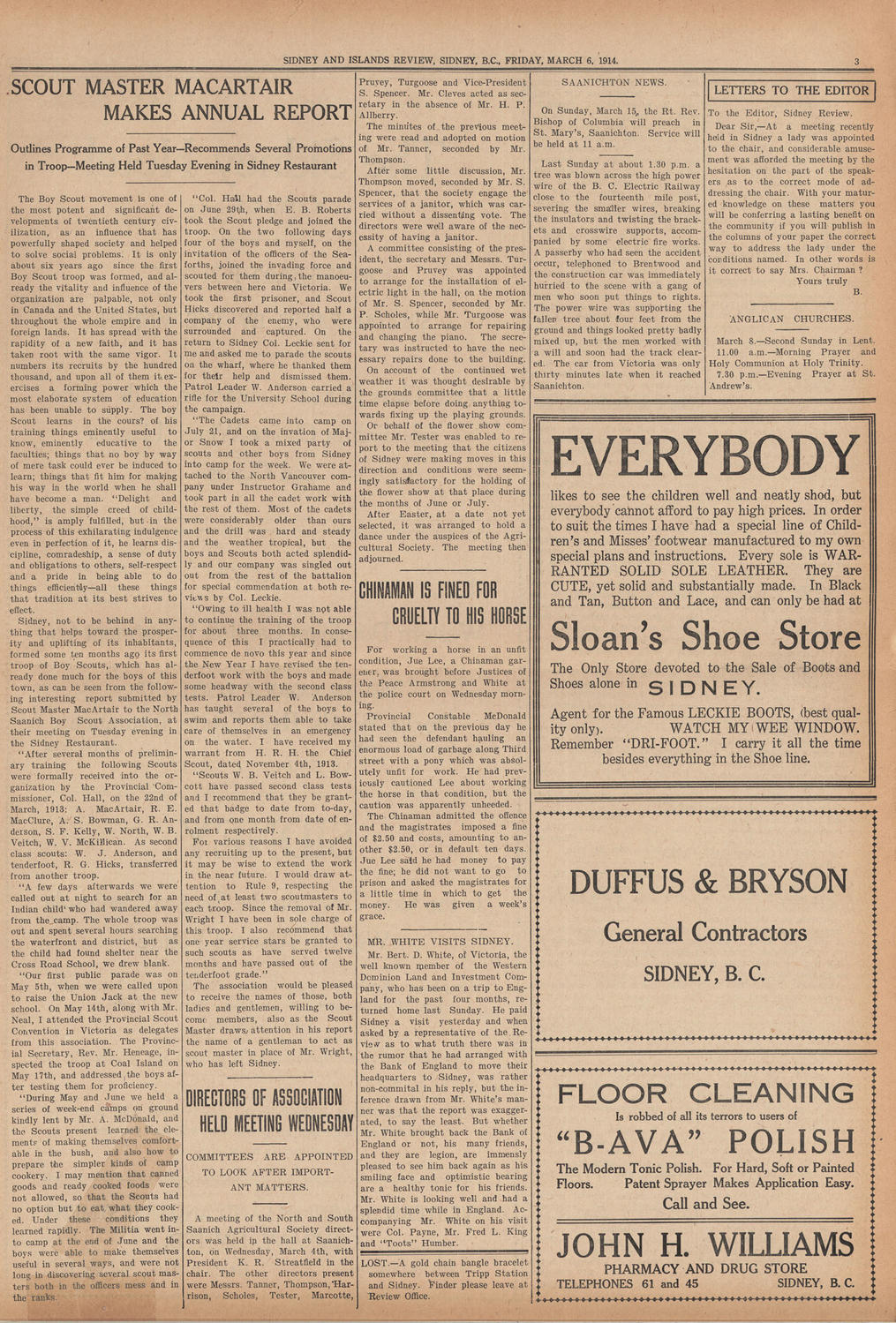 Chinaman Is Fined For Cruelty To His Horse
For working a horse in an unfit condition, Jue Lee, a Chinaman gardener, was brought before Justices of the Peace Armstrong and White at the police court on Wednesday morning.
Provincial Constable McDonald stated that on the previous day he had seen the defendant hauling an enormous load of garbage along Third street with a pony which was absolutely unfit for work. He had previously cautioned Lee about working the horse in that condition, but the caution was apparently unheeded.
The Chinaman admitted the offence and the magistrates imposed a fine of $2.50 and costs, amounting to another $2.50, or in default ten days. Jue Lee said he had money to pay the fine; he did not want to go to prison and asked the magistrates for a little time in which to get the money. He was given a week’s grace.