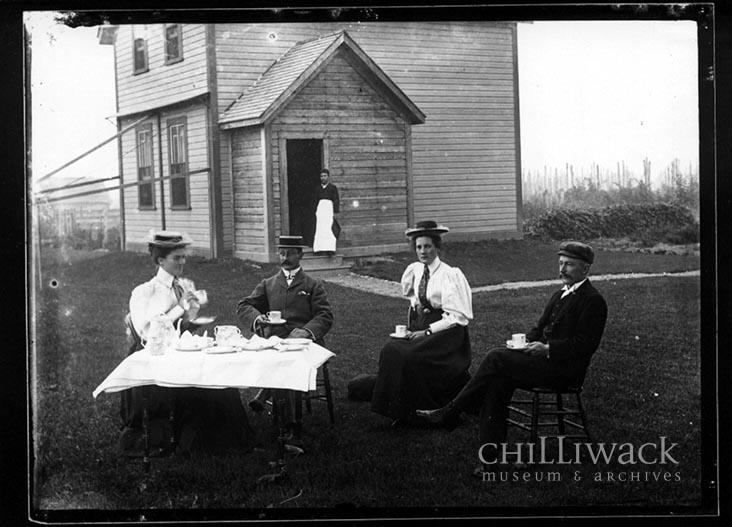 Photograph consists of portrait taken of a group seated around a table, having tea, outside of the Hulbert house in Sardis, ca. 1896. Individuals identified in group include, from left to right: Rachel McLeod (holding tea cup), Joe Banks, unidentified Chinese servant (holding tray and wearing apron), unidentified woman, Joe Arnold. Fields of hops visible in background behind house.

The Hulbert House (Hulbert Hopyards) was located on the corner of Stevenson and Vedder (Sardis) and later moved to School Rd. See also P3601-P3603 (Dusterhoeft collection)