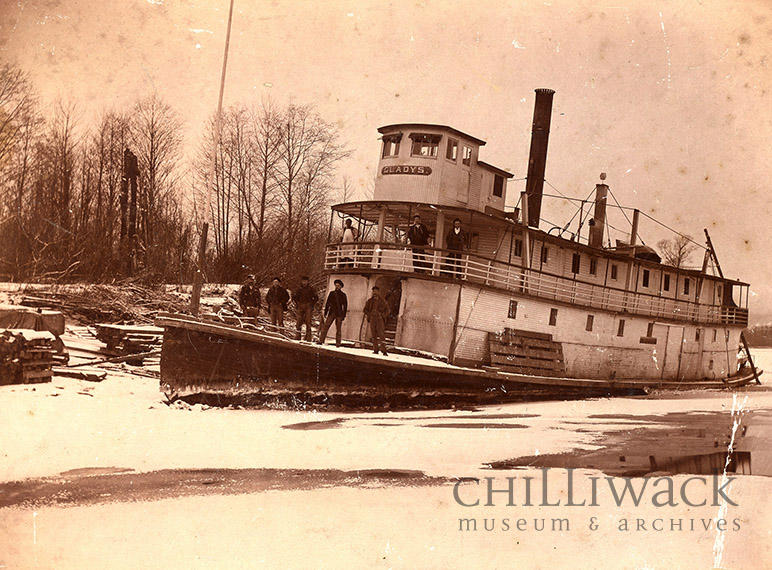 Frederick Gordon Leary was born September 29, 1889 at St. John, New Brunswick. He came to Chilliwack in 1914 at the age of 25 years and opened an ice cream parlor: Palm's Confectionary.

In 1926 Fred Leary was elected as a trustee of the local school board. He served in this capacity for 49 years, retiring as the longest serving elected official in 1975.

Frederick Gordon died in Chilliwack on October 6th, 1985 at the age of 96.

Photograph consists of a front 3/4 view of steam ship S.S. Gladys, locked in river ice in winter. A total of eight unidentified men are posing on the large two-tiered sternwheeler. Five men are seen standing on the bow of the ice bound ship. Three men are seen standing at front of second level. Gentleman wearing white apron at top left appears to be Chinese Canadian.